Equitable and Fair Government For Taxpayers

Maryland has one of the most dynamic economies in the nation, but opportunities to share in the economy’s gains have proven to be unequal. While Marylanders in wealthier and more educated communities reap unprecedented wealth from the state’s growth, residents in rural communities or black and brown neighborhoods are too often left wondering how to get a good job without investment in their communities or even basic transportation services.

As a businessman and Mayor, Tim knows firsthand how lives can be transformed when luck, hard work, and the right infrastructure align to create opportunity. But in a healthy economy, luck shouldn’t stand between hard-working Marylanders and getting a job or starting a business. The state government has basic responsibilities to residents to invest in modern infrastructure and tax payment systems, conserve natural resources and environmental quality, and ensure state investment and procurement is conducted fairly and inclusively. In all of these responsibilities, Maryland is currently falling short. To help protect taxpayers, modernize and diversify Maryland’s economy, Tim has outlined the following policy commitments:

Equal and Equitable Access For Minority and Women Owned Businesses 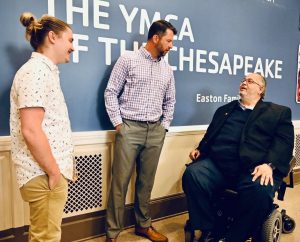